Lake Constance or Lake of Constance (German and Alemannic Bodensee) is a large lake on the Rhine between Germany, Switzerland, and Austria. The freshwater lake sits at 395 m above sea level and is Central Europe's third largest, after Lake Balaton and Lake Geneva. It is 63 km long, and at its widest point, nearly 14 km. Lake Constance was formed by the Rhine Glacier during the ice age. The Rhine, the Bregenzer Ache, and the Dornbirner Ache carry sediments from the Alps to the lake, thus gradually decreasing the depth of the lake in the southeast.Lake Constance history info English 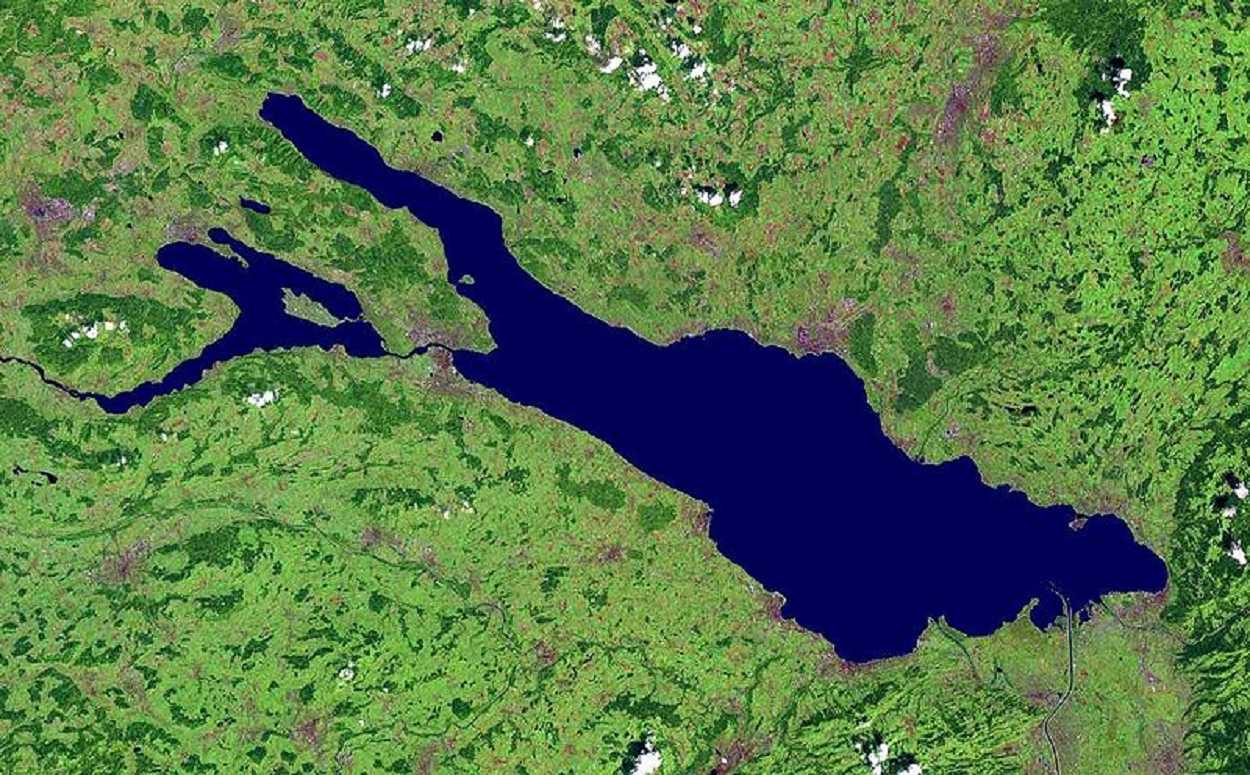